Trinity's fourth building, with its cornerstone laid in 1892.

St. Mary's Chapel was the first space occupied by Trinity congregation when the main sanctuary was closed.

Trinity Episcopal Church was incorporated on July 22,1849 (predating the incorporation of San Francisco) and was first organized as The Church of the Holy Trinity. It was later given the designation of Mother Church of the Pacific Coast, the first Episcopal parish on the West Coast. The first rector, The Rev. Flavel S. Mines, was the first Episcopal clergyman to settle in California. Services were first held in a parishioner's home during the four weeks needed to erect our first building, a simple rectangular structure of wood at the southwest corner of Powell and Jackson Streets which was named Holy Trinity Church. The first service was held in October of 1849.

More recent years saw Trinity's emergence as a spiritual home for the marginalized and for those who were not welcome at most churches during the AIDS crisis. It was during this time that Ruth Brinker founded Project Open Hand in the Trinity Church kitchen in 1985. ”Home-made” meals were delivered to persons with AIDS and Ruth’s ministry eventually expanded to serve people with other chronic illnesses. Fr. Thomas Flowers continued to minister to the hungry by administering the Loaves and Fishes program, a group of volunteers who prepared soup and sandwiches in the Trinity kitchen and fed people who gathered at the edge of a nearby park. Trinity’s congregation was also the first in San Francisco to volunteer its space for the newly formed Interfaith Homeless Shelter.

St. Peter’s Episcopal Church, also a historic parish, was first incorporated in 1867 when several parishioners of Grace Church left in anger after the vestry abolished the men's and boys' choir. Looking outward towards the poor even from its inception, the compassionate congregation of St. Peter’s organized the first charity in the diocese in 1869, a home to care for Episcopal women who were poor, aged or infirm, or who were seeking employment. 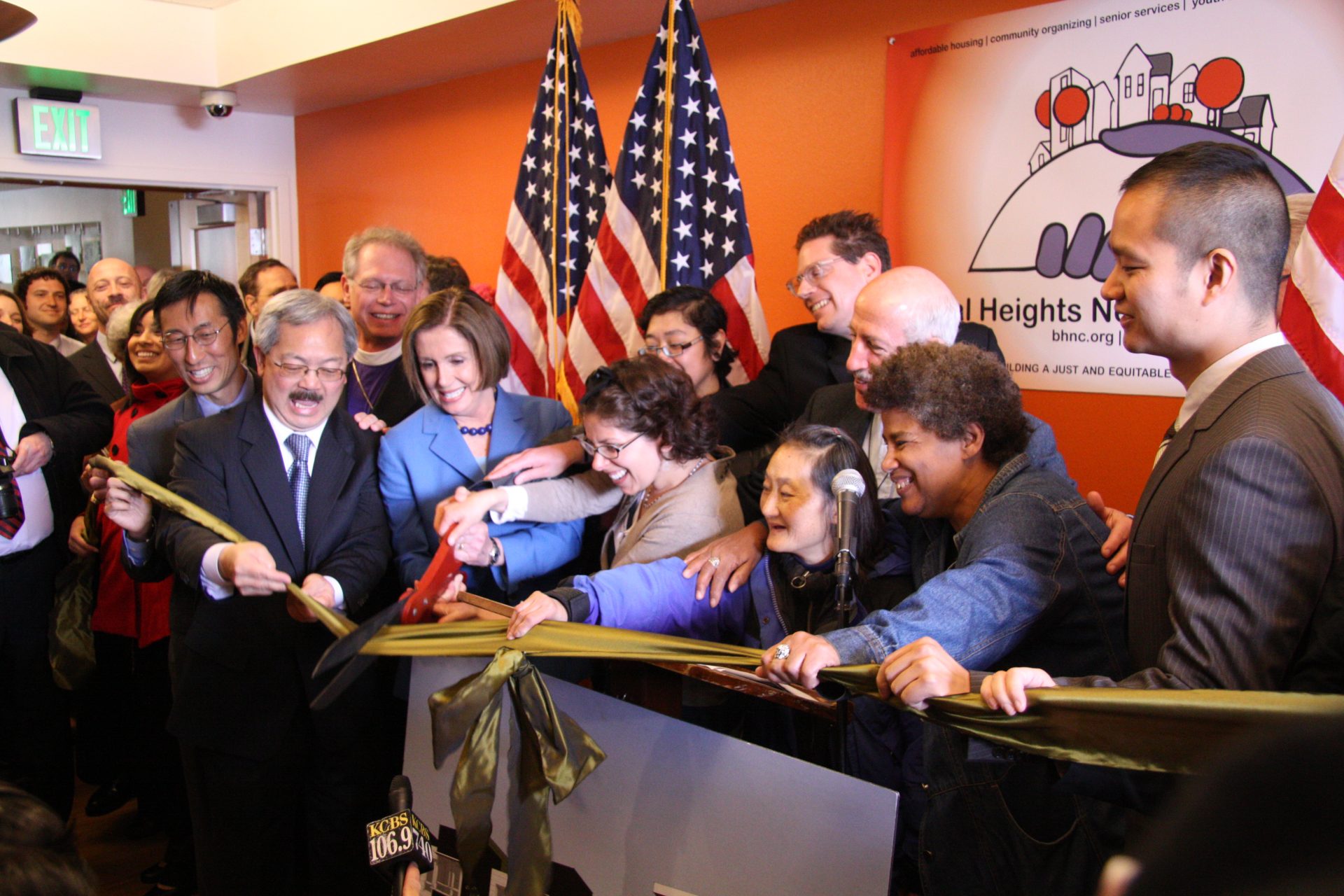 When St. Peter's Church was badly damaged in the 1989 earthquake, the parish made the painful decision to have its church demolished. Long years of discernment and a deep desire to be of service led to St. Peter's successful 2010 ground-breaking for St. Peter's Place, a residence with nineteen apartments for adults living with developmental disabilities, built upon the site where St. Peter's church had stood in the Outer Richmond neighborhood.

These two historic, progressive and passionate Episcopal congregations have now united to become Trinity†St. Peter’s Episcopal Church. Bishop Marc Andrus celebrated our first joint Eucharist on July 22, 2012, exactly one hundred sixty-three years since the incorporation of The Church of the Holy Trinity in 1849.

This is Trinity's fourth building. Its cornerstone was laid in 1892. Inspired by Durham Cathedral in England, it was designed by architect Arthur Page Brown who, some eighteen months later, designed the iconic San Francisco Ferry Building. Trinity was built on bedrock with (then) innovative structural steel, and was thus able to withstand the Great Earthquake of 1906 and, much later, the Loma Prieta Earthquake of 1989. 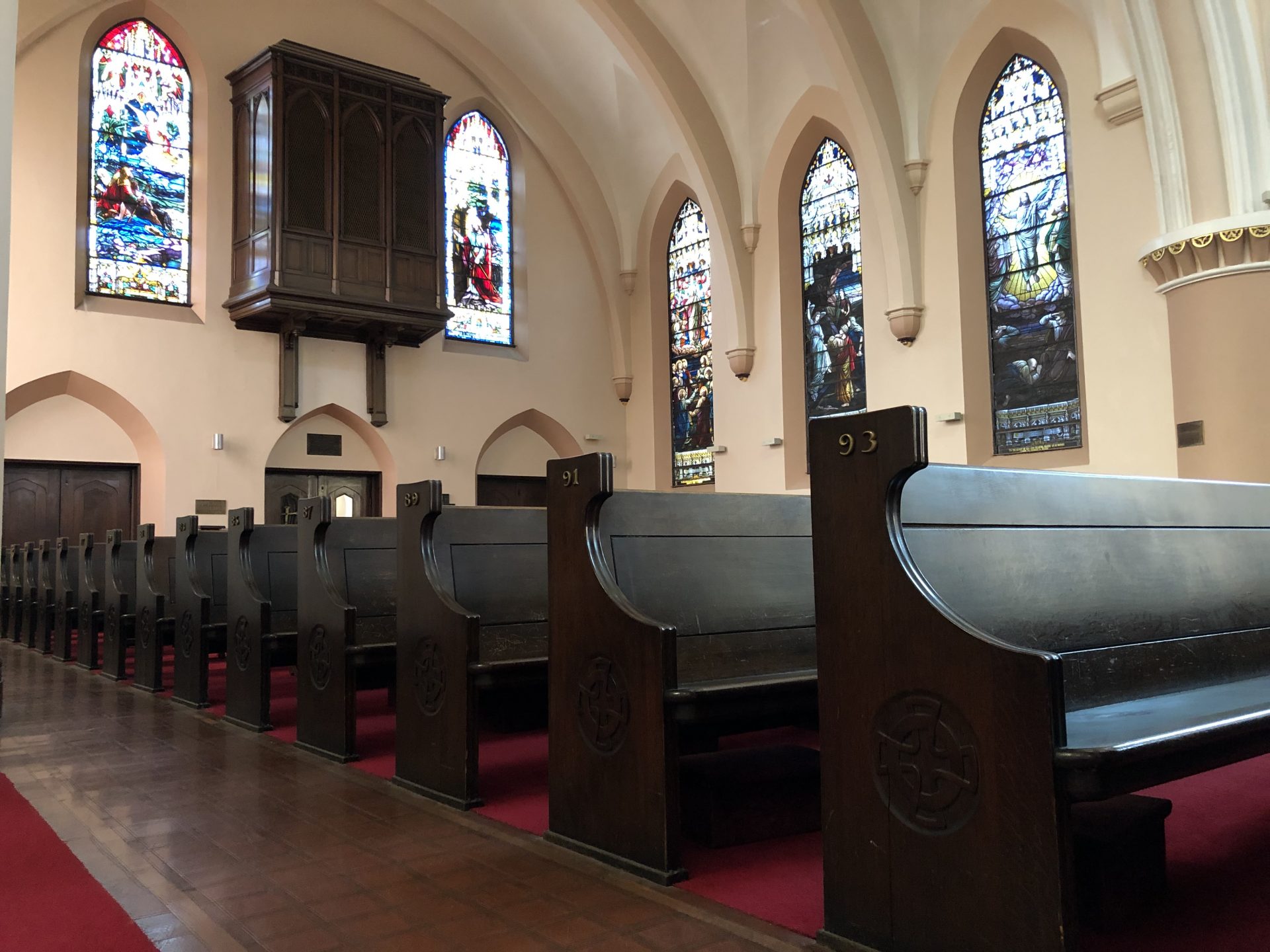 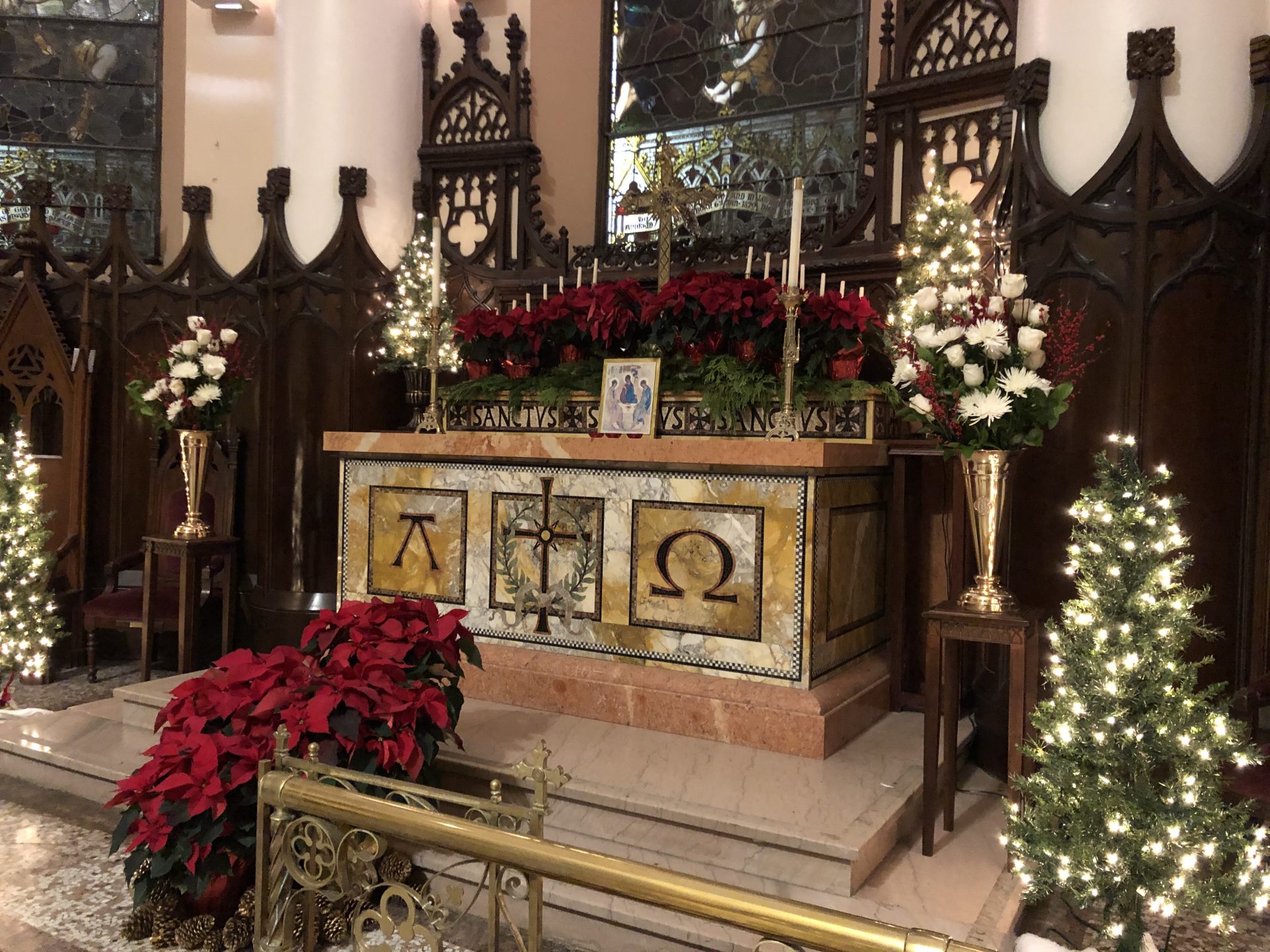 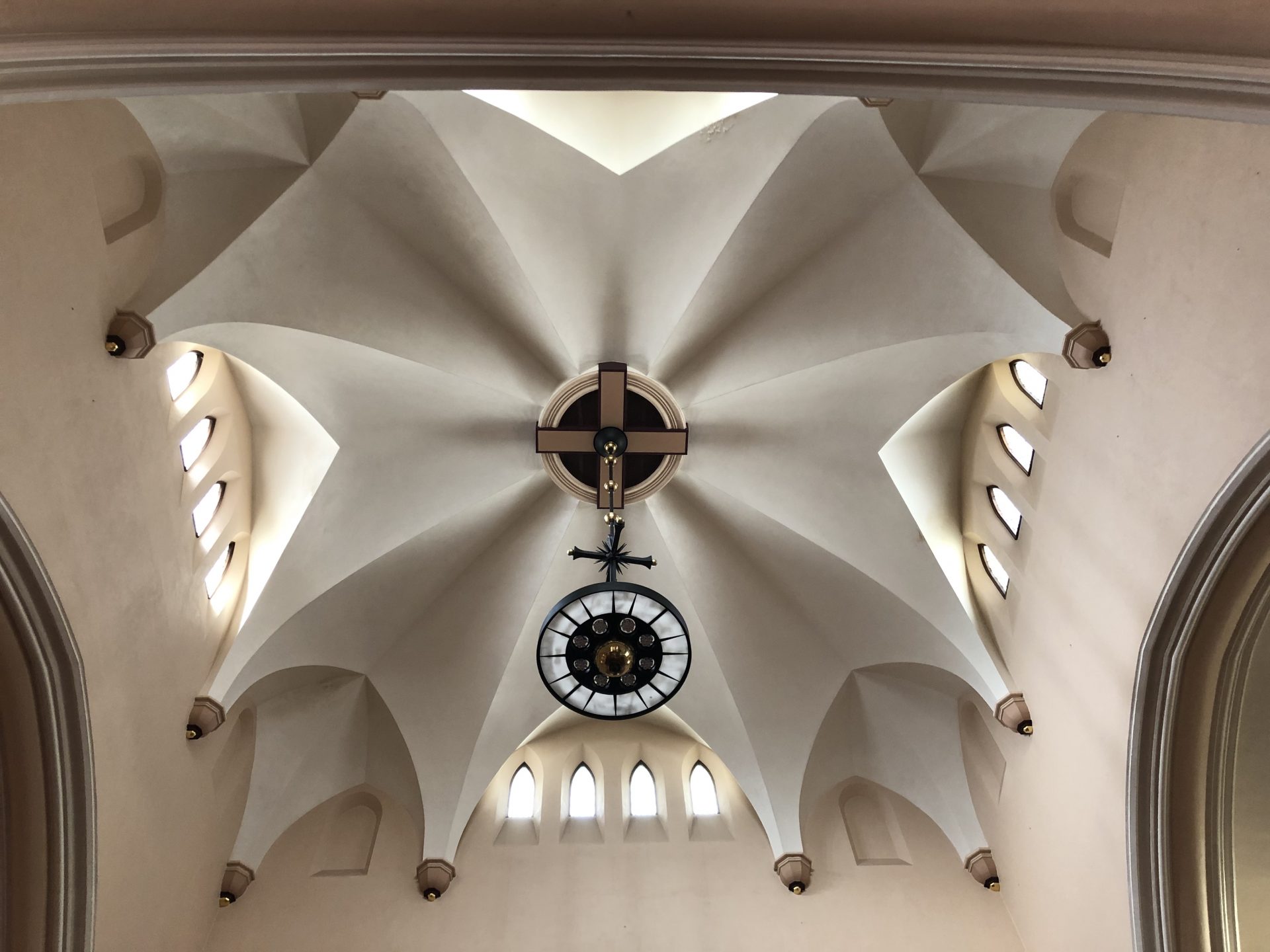 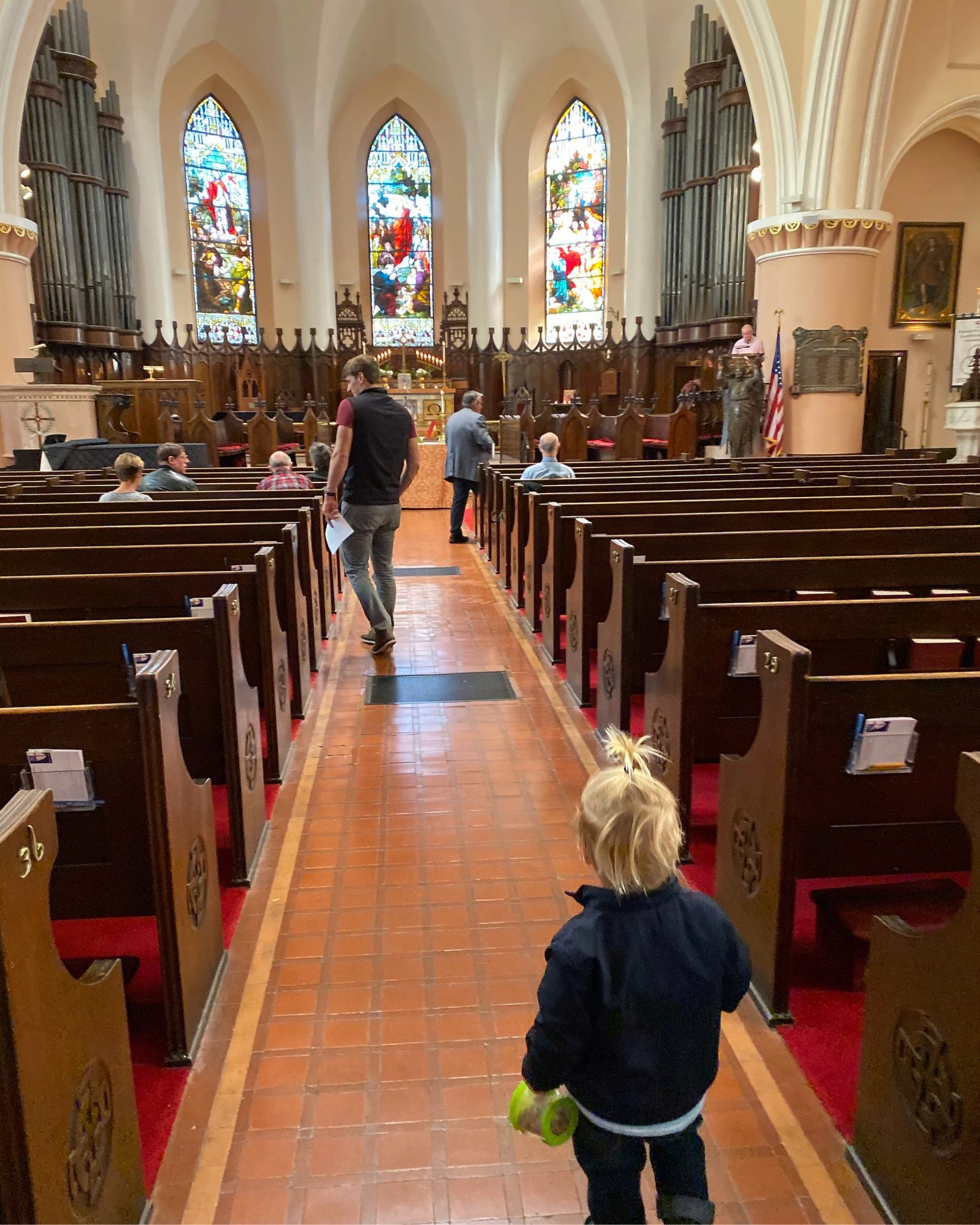 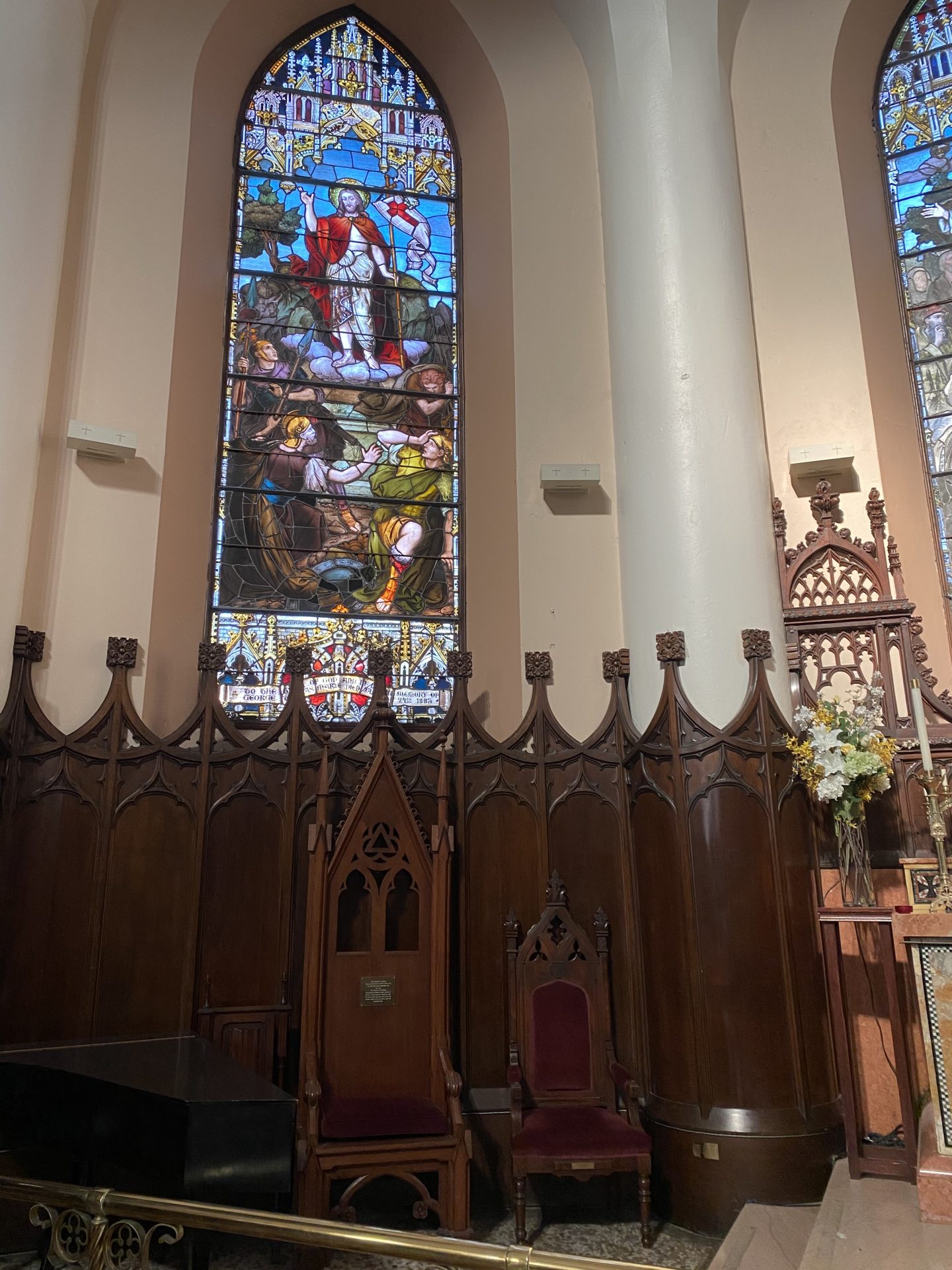 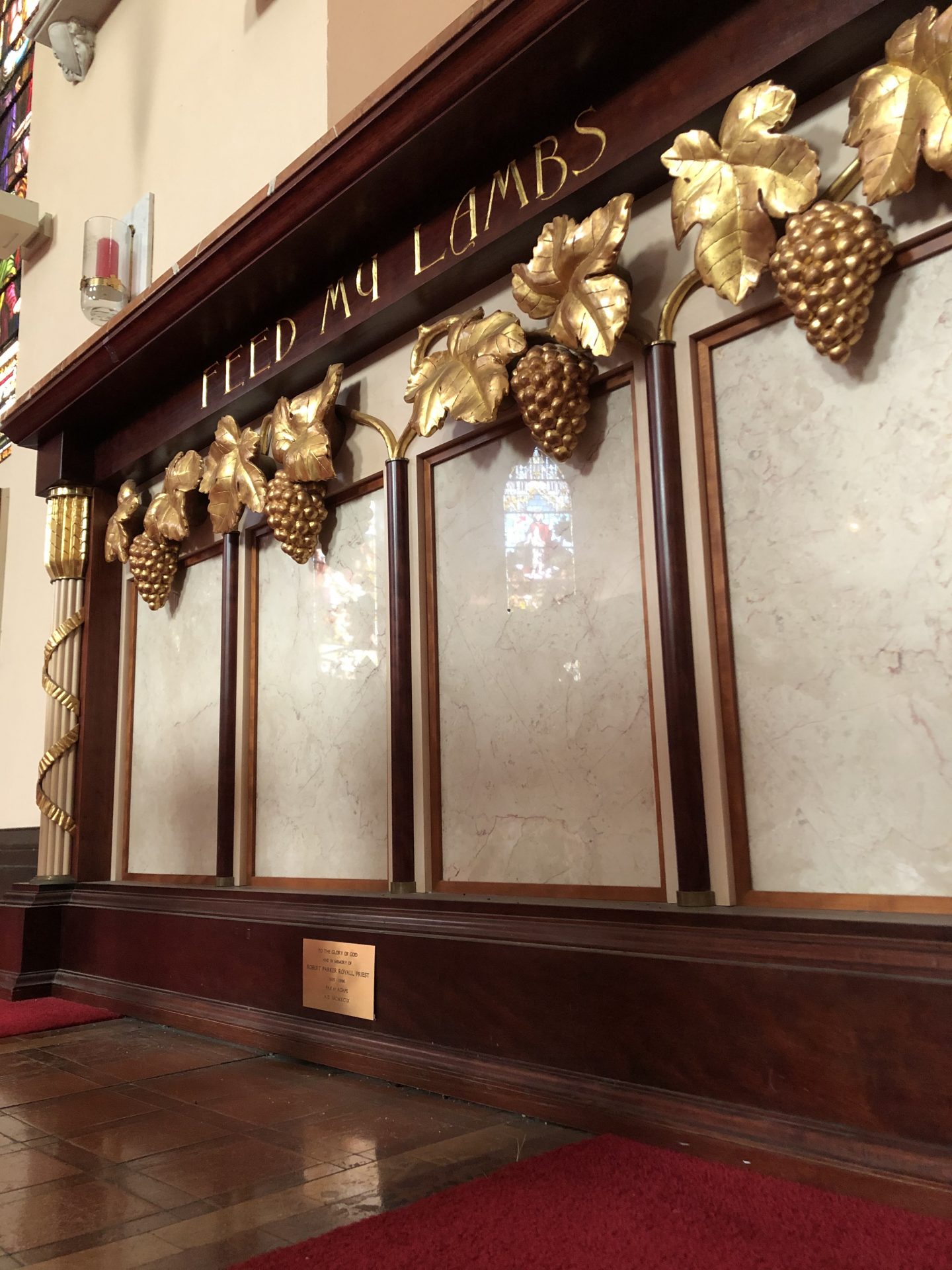 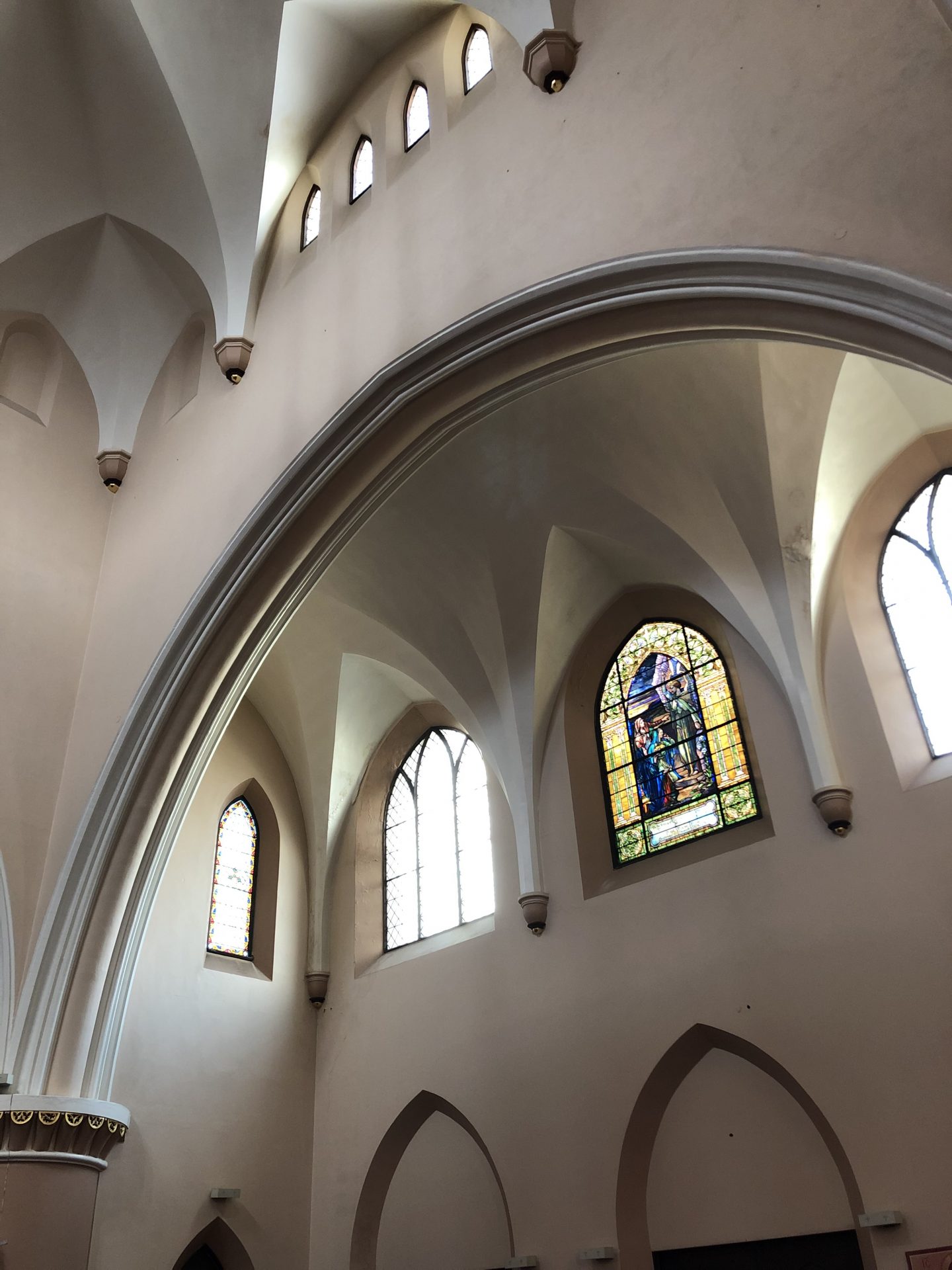 St. Mary's Chapel is an intimate and inviting space. Over the years it has been used by a variety of congregations that took up residence in the space during their formative years, such as St. Gregory of Nyssa Episcopal Church. 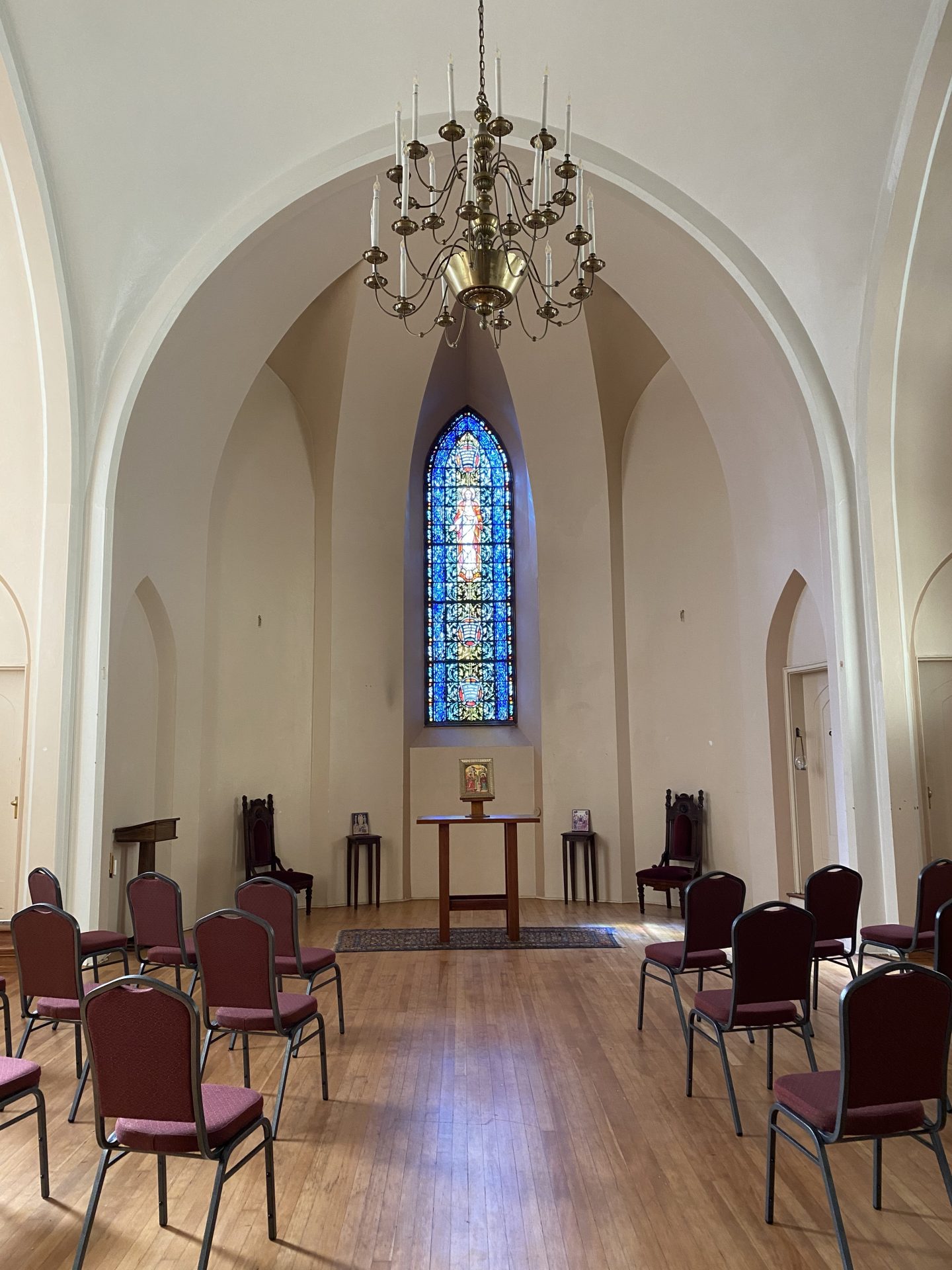 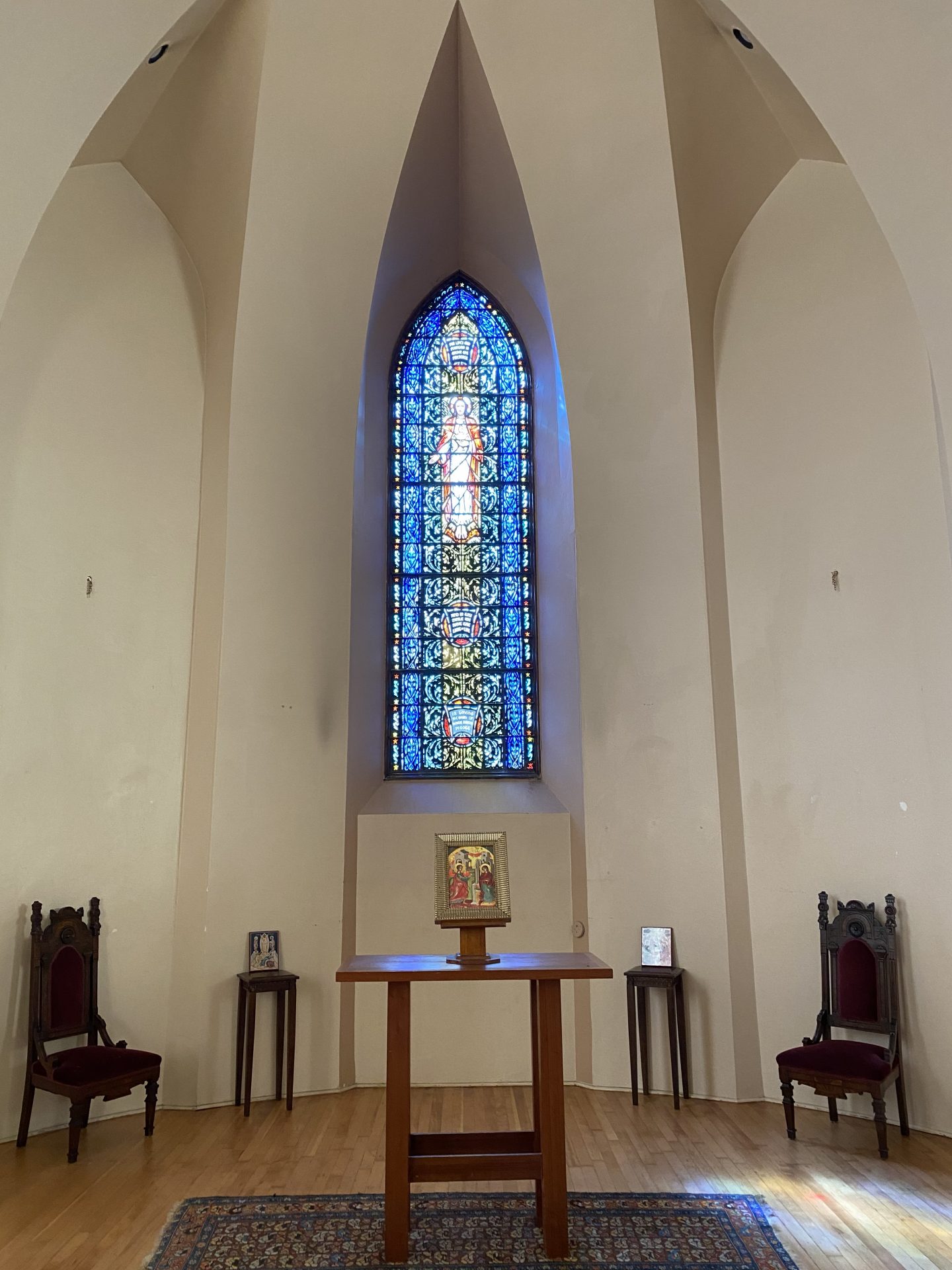 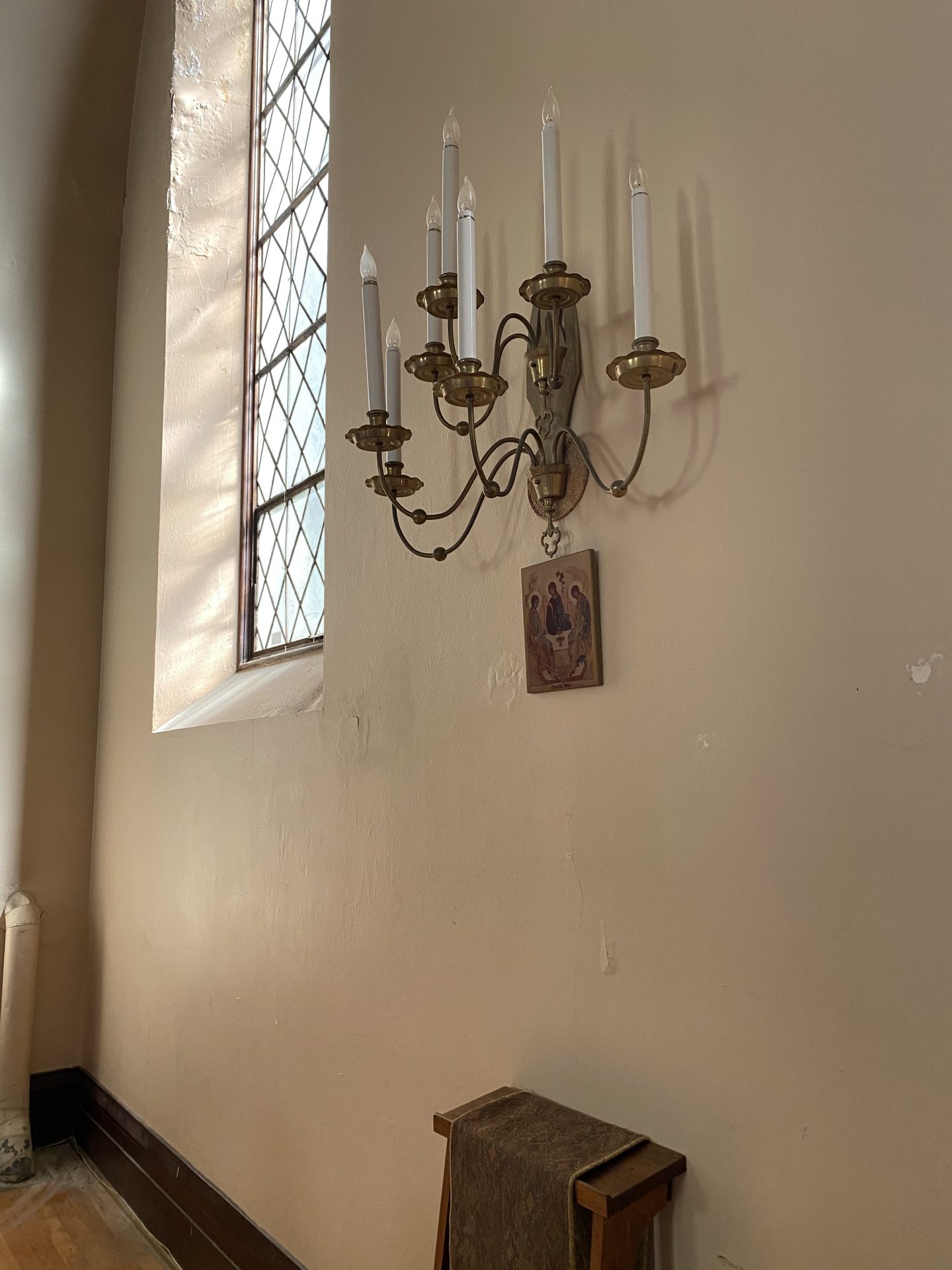 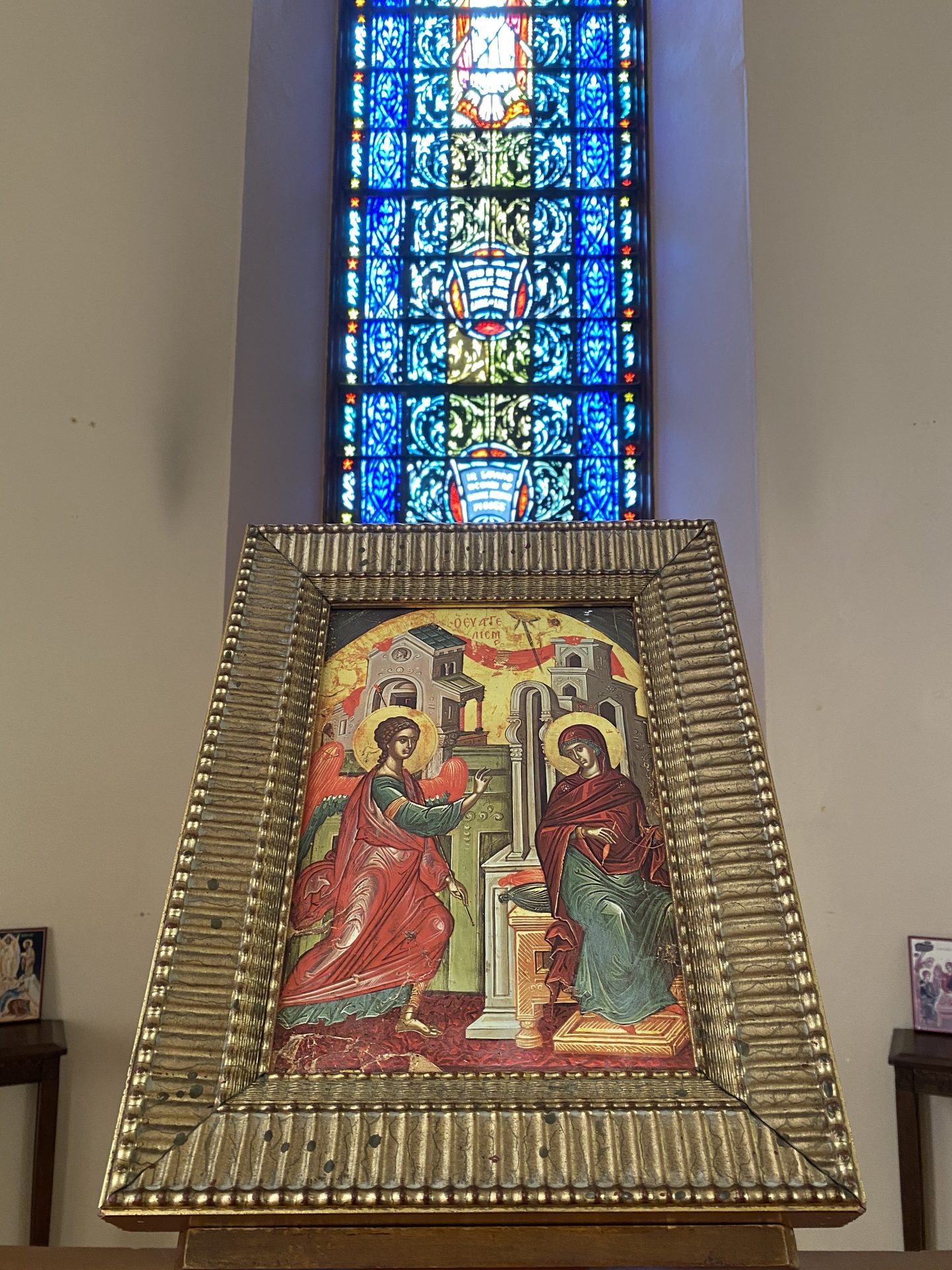 St. Peter's Hall is now used for small gatherings, receptions, and other intimate events and is located right off the main sanctuary. It is also where we host Coffee Hour after church on Sundays. 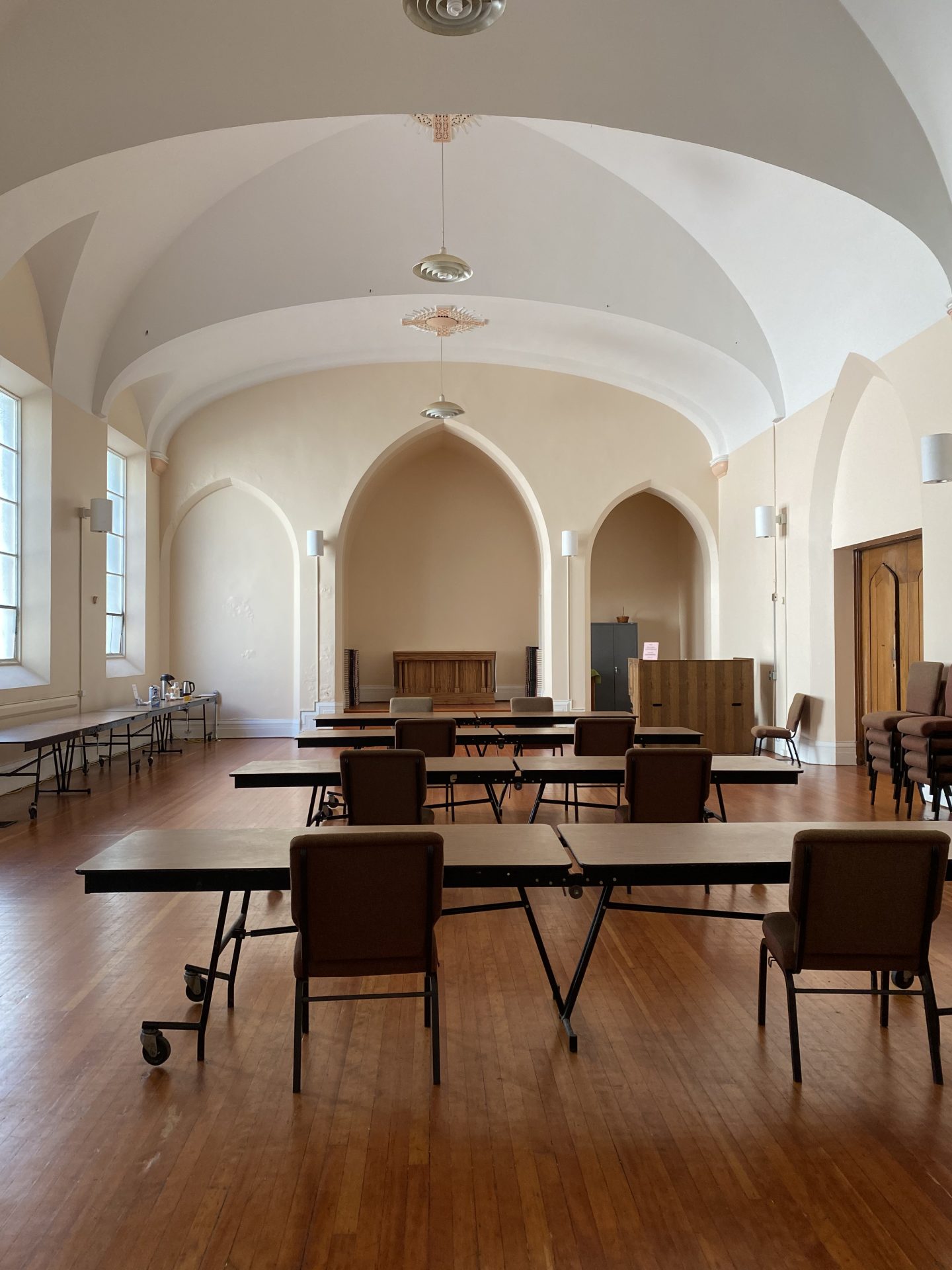