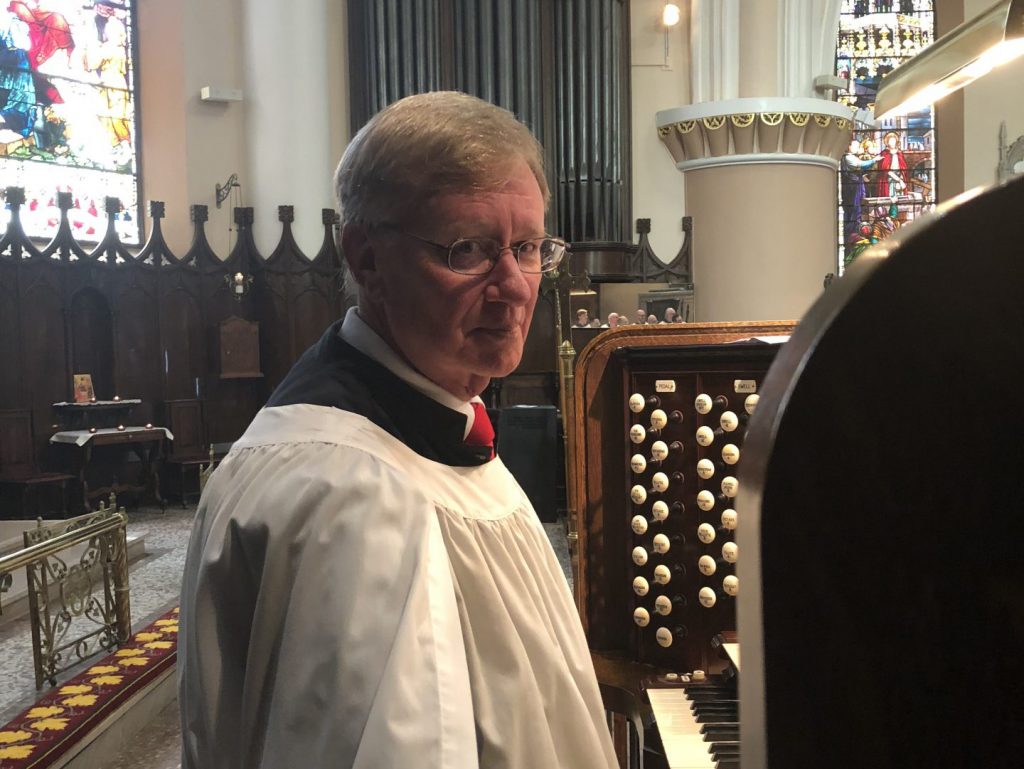 Robert Gurney (he/him/his) is Organist-Choir Director at Trinity†St. Peter’s Episcopal Church, Assistant Organist at San Francisco’s St. Mary’s Cathedral, and Organist at Marin County’s Temple Rodef Sholom.  Mr. Gurney is the Co-Founder of the San Francisco Lyric Chorus and has served as Music Director from its inception in 1995 through Summer 2009 and from January 2012 to the present.

A resident of San Francisco since 1978, he has been an active church musician, organ recitalist, vocal coach, and has served as Interim Assistant Organist at Grace Cathedral, and Assistant Conductor-Accompanist for the San Francisco Choral Society, the Sonoma City Opera and the Contra Costa Chorale.

A native of Ohio, he received his education at Youngstown State University and the Cleveland Institute of Music, studying conducting with William Slocum. At Youngstown, he served as Student Assistant Conductor of the Concert Choir that won first place in a college choir competition sponsored by the BBC.  In Summer 1997, he was invited to participate in an international choral music festival Music Of Our Time, held in Parthenay, France, and directed by John Poole, Conductor Emeritus, BBC Singers.  He studied again with Maestro Poole in a June 2003 workshop sponsored by the San Francisco Lyric Chorus.