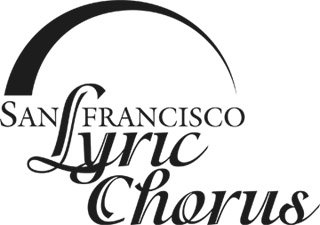 San Francisco Lyric Chorus is an auditioned, medium-sized, mixed-voice chorus that performs a diverse repertoire with an emphasis on classical choral music and rarely performed works. We are an inclusive and welcoming community of singers, committed to excellent musicianship and creative programming.

A resident of San Francisco since 1978, he has been an active church musician, organ recitalist, vocal coach, and has served as Interim Assistant Organist at Grace Cathedral, and Assistant Conductor-Accompanist for the San Francisco Choral Society, the Sonoma City Opera and the Contra Costa Chorale.

A native of Ohio, he received his education at Youngstown State University and the Cleveland Institute of Music, studying conducting with William Slocum. At Youngstown, he served as Student Assistant Conductor of the Concert Choir that won first place in a college choir competition sponsored by the BBC.  In Summer1997, he was invited to participate in an international choral music festival Music Of Our Time, held in Parthenay, France, and directed by John Poole, Conductor Emeritus, BBC Singers.  He studied again with Maestro Poole in a June 2003 workshop sponsored by the San Francisco Lyric Chorus.

To learn more about the San Francisco Lyric Chorus or to find out about auditions, please visit the SFLC website. You can also donate to their organization by clicking here.

Sorry, no events at this time.